When God Says "No" 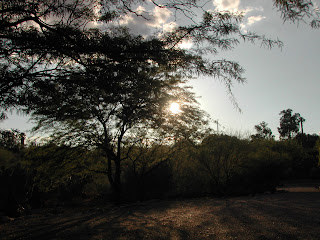 Three and a half years ago I was in an awful state physically. I don't even want to describe it, so I won't.

In that horrible place, one night I wept in agony and begged God to heal me!

I knew He could. I knew it was not hard for Him to instantly make me well. I poured out my heart to Him in anguish and pleaded for a miracle.

I finally fell asleep. When I woke up nothing had changed. God said "No."

Again, I won't describe the days that followed my prayer. They weren't pretty. But in my suffering, God never abandoned me. He carried me through one moment at a time.

Now, three and half years later as I look back, I am astonished at what I can see!

The path God led me on after that prayer was so filled with important details, that if He had said "Yes" to my request, not only would I have missed out on many blessings, but a lot of other people would have been hurt as well.

- I never would have started working with my herbalogist and learned so much about how to keep a body healthy...things I've shared with many people in need!

- I never would have gone to see Dr. Smith, whose CBT treatments have been a true lifesaver for my mom's health!

- I never would have done the DNRS brain program, which I've recommended to other friends whose lives are being transformed by it!

- I never would have met so many people with health issues who desperately needed encouragement, help and prayer!

When I begged God to heal me, I didn't realize all the ramifications of what I was asking. I was only thinking about myself and my own pain. But God sees EVERYTHING.

The blessings I've received since God said "No" would fill a book. But now I realize that He wasn't only thinking of me when He said "No". He was also thinking about countless other people whose lives would be affected by what He did in my life.

And now from this viewpoint, I can only stand in awe of my marvelous God! I'm SOOO glad that He loves us enough to do what is BEST even when it may be what is painful.

If you've begged God for something and He's said "No," please take heart! You have no idea how many people will one day thank Him for that "No" and praise Him for what He did in your life instead! 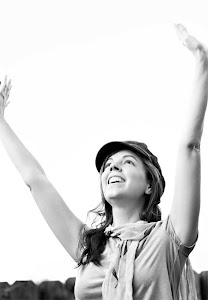 I praise God that I've recovered from Environmental Illness (E.I.) after many years of suffering. Living with E.I. is a monumental challenge and recovery is difficult, though possible--for which I thank God!
My goal with this blog is to provide a glimpse of what life is like for people with E.I., to share my experiences, and to offer encouragement and practical health information about how to live a healthy lifestyle. 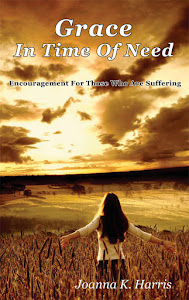 Check out my devotional: "Grace In Time Of Need"

I grew up as a missionary kid in Colombia, South America. I always wanted to be a missionary, and for two wonderful years after college I worked at a school for missionary kids in Chihuahua, Mexico. It was an amazing experience!
In 2004 my health crashed and God took me on an unexpected journey of illness, recovery, and starting over. My life has not gone like I thought it would, but God's grace has been there for me every moment. He is my life and the reason I continue this journey.

Check out my other blog